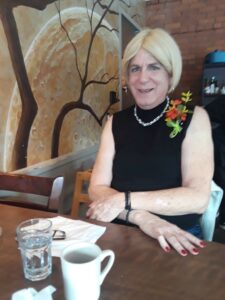 Two months ago, I went to Provincetown, Massachusetts with my friends, David and Jerry. No,  because of David and Jerry. Provincetown, or Ptown, is a resort town all the way at the tip of Cape Cod. It is owned and operated largely by members of the LGBT community, and a well-known vacation spot for the nation’s LGBT citizens. I’ve known gay men who have gone there. It’s like a gay Mecca, or a bucket list item; perhaps every gay man should visit there once. Jerry and David are a married couple at the local LGBT Center who I have come to know and love.

They told me about this thing in Ptown called Tall Ships. What’s Tall Ships? Well, David said, imagine a town taken over by 6’ people. In 4” heels. Tall Ships. One week a year, Ptown is taken over by trans women. And some trans men. It’s called Fantasia Fair, and this year it was the 45th annual. People come from all over the country. There is a fashion show. A talent show. Open Mic Night. Writer’s workshops, panel discussions, hair and makeup workshops. Just… amazing. Next, I learn that David is a retired professor. His area of expertise is in gender roles and sexuality! He has gone to Fantasia Fair several times over the years, and knows and has worked with all the old grand dames. He says he has told the Fair’s founder, Ariadne Kane about me, and she wants to meet me. Me! What? How? Could you even?

With help from my dear friend Kathy, I got a week’s worth of dresses and fall wardrobe together. My friend Pam and I auditioned every outfit. Jewelry, shoes, bag. Everything. And with I think $140 to spend, I went. Kathy had warned me, don’t talk too much, don’t obsess, just be calm and let things flow. Leona quite simply said, don’t be you. Same thing. Sound advice.

David and Jerry collected me early the morning of our departure. There and back we drove 10-12 hours, stayed in a motel, and finished the journey with a 2-3 hour morning drive. The drive up the Cape was pretty glorious. All the names of the towns, businesses, and roads were just dripping with history. We could see the ocean and the bay from time to time out our right and left windows. As we got close to Ptown, I think I actually began to vibrate.

Provincetown, Massachusetts is a charming little town. The main street, Commercial, is just jammed with colorful shops and restaurants. It reminds me of the oceanside resort towns I haunted in southern California, like Venice Beach. But East Coast. The climate. The architecture. It was instantly fun. And gorgeous. And my patrons, my mentors, my spirit guides knew where to drive, where to park, where to register, everything.

We registered, we received itineraries, swag bags, and so on. The woman who checked us in was Dallas Denny. A goddess. A transgender pioneer. David introduced us. As Dallas and David chatted for a few minutes, I took a seat at a little group of chairs around a glass table. This woman was pontificating, about what I honestly don’t remember. Hello, I introduced myself. “My name is Jaelle.”

“Don’t you know who I am?” She asked me. No, I don’t. “I’m Mariette Pathy Allen,” she announced. She looked at me, waiting for… what? Recognition? Contrition? Apology? Well, I’m sorry, but I’m a bit of a smartass. I offered none of these things and waited for more revelation. “I’ve written four books,” she pronounced. “I’ve read four books,” I responded. I came to learn that she is a photographer, at times THE photographer for Fantasia Fair, and while not exclusively focused on the transgender community, her work is considered very important. She’s actually a lovely and interesting woman, and I found myself dancing with her late that Friday night.

Every hour of every day there were two or more events to choose from. Workshops, seminars, lunches. It was so active. So busy. So fun. David announced that we were having breakfast with Ariadne Kane the next morning.

Now let’s just take a minute here to discuss the food. Every breakfast, every lunch, and especially every dinner was, I don’t know, I’m just an ignorant old woman from Cleveland, but it was five star. Or five star-ish. I felt there was a chef looking over every plate that left every kitchen for every meal. Every vegetable seemed to have been picked, and every seafood caught that morning. Just the brightest, freshest flavors, beautifully prepared and presented. Every meal was just perfect.

After registration, we went to lunch at the Lobster Pot. As we sat at a table waiting for our food, a couple came in and sat at the next table. It was a trans woman and a cis woman. As they walked past, the trans woman put her hand on my shoulder and gave it a friendly squeeze. That little act of friendly kindness touched me. After a couple of minutes, I turned and greeted them. The cis woman beamed at me and said, “You look so different!” Reading my puzzled face, and studying me a little closer, she said “Oh! You’re not so-and-so!” Not for the last time that week, I was told how much I resembled someone. They were extremely pleasant and fun, and I felt that we became fast friends. They told me they had been married for years. In fact, their marriage predated her wife’s transition. As it turned out, they were holding one of the seminars. She had written a book entitled I Married A Woman, documenting their journey through life and marriage. A delightful couple.

David and Jerry had procured us rooms right in the center of the activities. Right in the middle! A wonderful suite of rooms, like an Airbnb apartment. The next morning, we met Ariadne Kane for breakfast. She had already arrived and was seated at a table for eight. Introductions were made, and she told everyone where to sit. You sit there. You sit there. Jerry, you sit there. No, no, there. She sat me on her left. Obviously, planning and organizing are in her DNA. Breakfast was delightful, as everyone shared common memories and remembered persons past.

The week went quickly. Not hurriedly, not frenetic, but at a lively pace. I attended Sephora beauty workshops. I can now do a smoky eye! I attended writer’s workshops. It was amazing. I met women from Los Angeles to London. The Gala, the talent night, and the Fashion Show were so much fun. There was an Open Mic night, and I got this crazy idea to perform. For the first time in my life, at 65 years old, I did a stand-up routine. It was so much fun.

There are three or four restaurants providing lunches each day. You are to choose them at registration and you receive a ticket for that particular lunch for each day. I was chatting with one of the volunteers one day who said they were collecting tickets in a restaurant for lunch that day. Ariadne Kane breezed in, greeted someone or other, and sat at their table. “Oh my god!,” the volunteer thought. “I’m responsible for collecting the tickets. Am I to go ask her for hers? What if she doesn’t have one?” I said, “No. When Anna Wintour shows up at Fashion Week, no one asks her for a ticket.”

The bottom line is, Provincetown is sumptuous. Fantasia Fair is a glorious event, and should indeed be on every transgender woman’s, and man’s, bucket list. It’s entertaining, educational, and beautiful. I am truly standing on the shoulders of Dallas Denny, Mariette Pathy Allen, Ariadne Kane, and all the beautiful women who built this fabulous, now 46-year-old event. 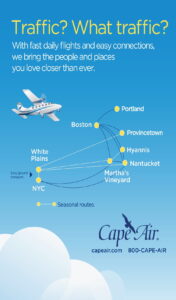 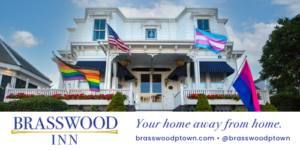 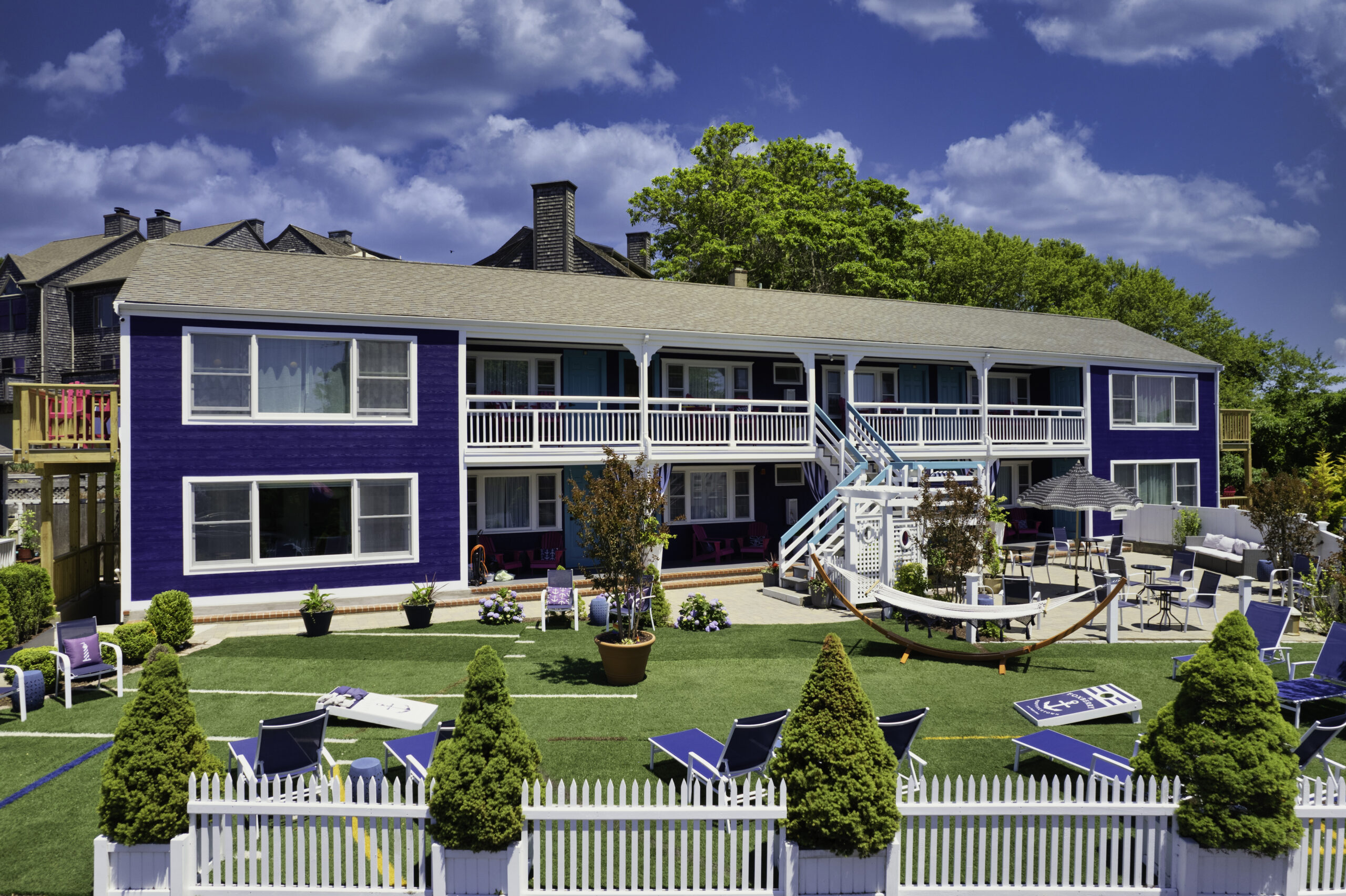